The most liked and disliked programming languages 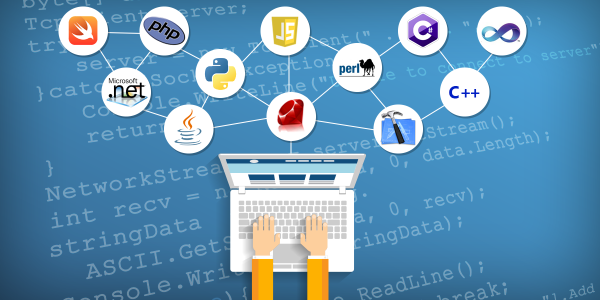 So Stack Overflow at the ending months of 2017 conducted a vote for software developers to reveal languages and other tools they like and dislike. This poll led to great revelations. Like we were made to understand that Perl, Delphi, and VBA are the most disliked, while R, Python, Typescript, GO, and Rust are the most liked.
As the discovery kept piling we realized that the less beloved languages were those who had already begun to shrink in popularity; hence, they were already experiencing slower or negative growth in the developing industry before the poll. This kind of negative fall for programming languages rests on two determinants: the nature of the programming language and people’s perception of it.

Here is the list of the top three most disliked coding languages as of October 2017.

So, we were wondering why programmers are not interested in Perl so much and did some digging. Then we found out that some software developers disliked it for its terseness, old methods and difficulty to understand. Hence, it remains frustrating for them to utilize. The only thing that is nice about it, is its algorithm, but they claim only those who have good knowledge about other languages like Linux, Sed, or C amongst others will appreciate it.

Delphi language is painful to some developers because it is extremely slow, has a backdated interface and features, and the attempts made by updates to improve users’ experience only gets in the way of their job. They believe that Delphi is in its last days of existing.

According to some top developers VBA (and Perl) were used for dirty scripting over the years but leaves a nasty experience. Programmers can no longer deal with the straggling, hard to debug, complicated, and extremely thin documented codebase of these programming languages.

Most liked coding languages as of October 2017.

On the other hand, some languages have been claimed as the most efficient to use. The outstanding ones are R, Python, Go, Typescript, and Rust, all considered to be the programming language skills most in demand among developers.

R is an open source language which is suitable for statistical computing; this language is familiar among data miners and statisticians. This language is a GNU package. The R’s pros include its package ecosystem and its vastness and all the charting benefits.

Known as the dynamic and general-purpose language, Python emphasizes code readability and enables developers to save effort by boiling things down to fewer lines. With the large standard library, coders can do multiple programming paradigms. It’s loved due to clearer syntax, better at OOP support and good shortcuts.

Go is open-source language product of Google. It’s compiled and has such features as garbage collection, memory safety and limited structural typing. It is really a good choice if you work with network applications and web servers. The best feature of Go is its consistent behavior across platforms.

Typescript is one of the latest programming language standards which was created by Microsoft in 2012. It’s closely related to the mega-popular JavaScript and designed to run big applications.

Rust is an open source system programming language that focuses on speed, memory safety and parallelism. Mozilla sponsors the work of the Rust community.

Why choose Vietnam as the best country to seek for excellent IT developers?
12-Mar-2020

Why Technology Is A Must Have Solution For Businesses?
10-Mar-2020

Search
ANY QUESTIONS?
Go to Top
This site uses functional cookies to improve your experience.Accept